There are so many little towns in Kansas that are often overlooked as people hurry to get somewhere else.  When I bought my little RV, I had in mind to explore some of these towns.  Wylie and I had been going to the lakes and hiking, but they are getting busier and it’s getting too warm for this old lady and her pup to be out hiking.  Our first stop on our Travel Kansas Tour is…..

Wamego, named for a Potawatomi Native American chief, platted in 1866.

Calvin’s RV Camping was a nice shady, quiet rv park.  The owners are so nice!  Our rv is the little black and grey one.  Just the perfect size to drive around and so comfortable for camping.  All the modern conveniences!  We can’t wait to go back! 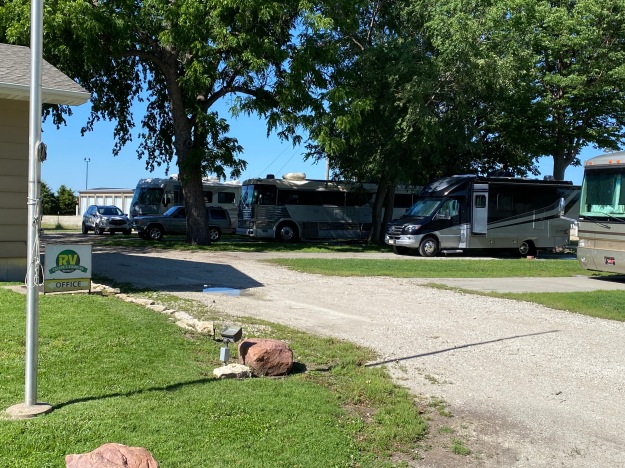 Our first stop was the park to see the Dutch Mill.  Listed on the National Register of Historic Places.  Built in the 1870’s north of Wamego, it was used to grind grain until the late 1880’s.  Most of the mills in Kansas were powered by water, the Dutch Mill was powered by wind.  In 1924, the mill was dismantled.  Each stone was numbered and moved by horse-drawn wagons to the city park, where it was reassembled.  The mill is no longer powered by the wind, but has been converted to electricity.

The city park also houses the Wamego Museum and other historical buildings and a little train that runs on a track throughout the park.  In the spring of each year they host a tulip festival.  That would be a beautiful sight! 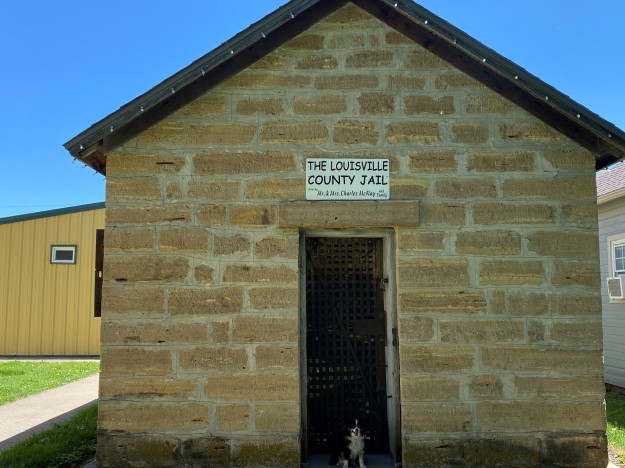 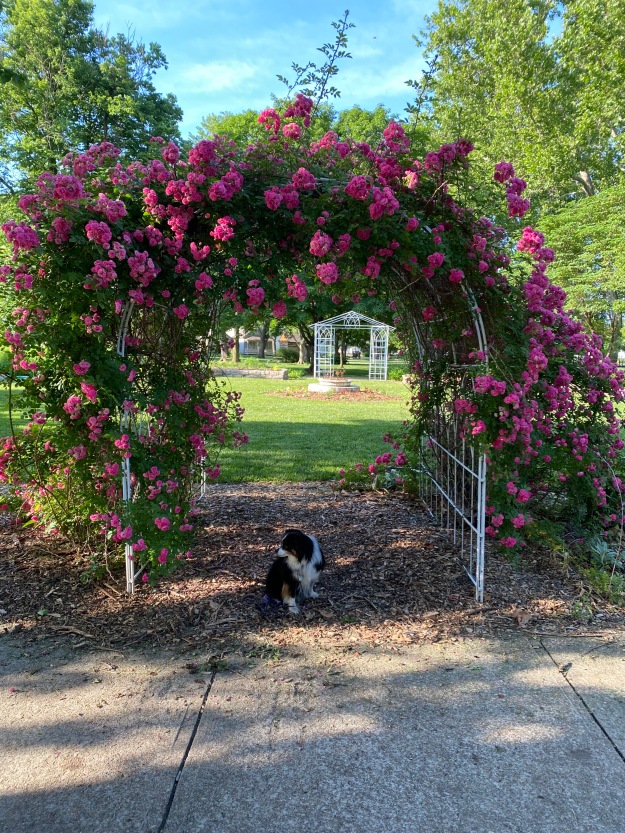 Numerous places around town you will see artwork from Kansas artist featuring Toto, from the Wizard of Oz.  There are 15 Totos, we have more to photograph, but here is a start.  Thanks Wylie for being so patient with me and posing for so many photos!! 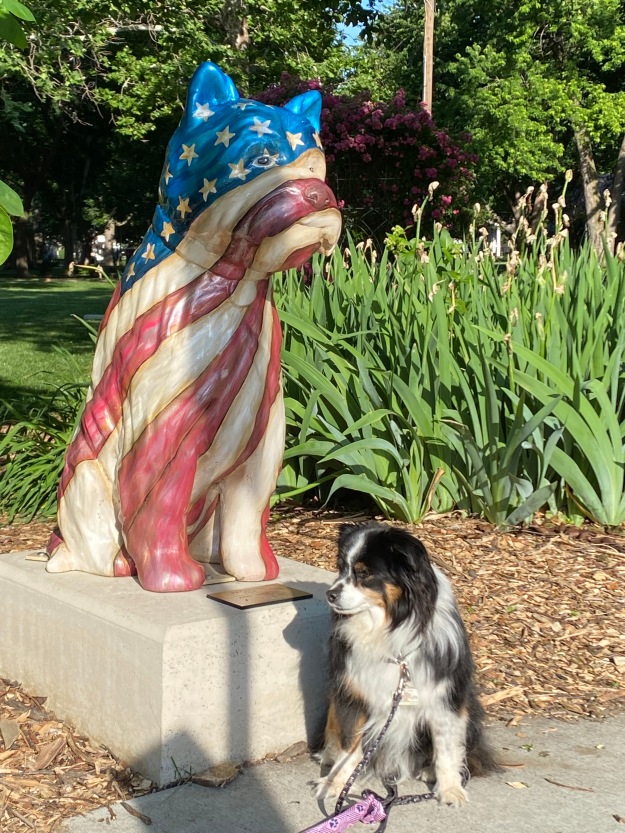 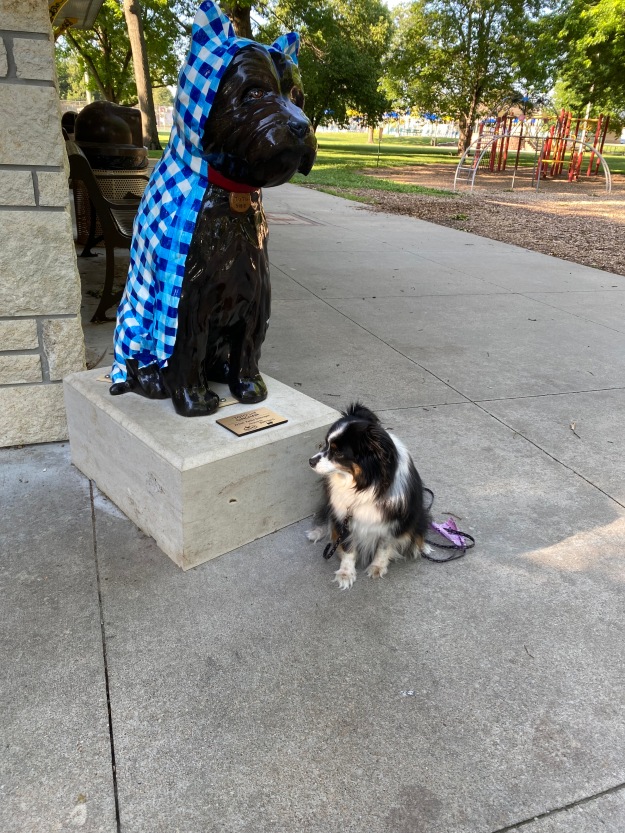 The Lollipop Guild, by Jamie Lynn 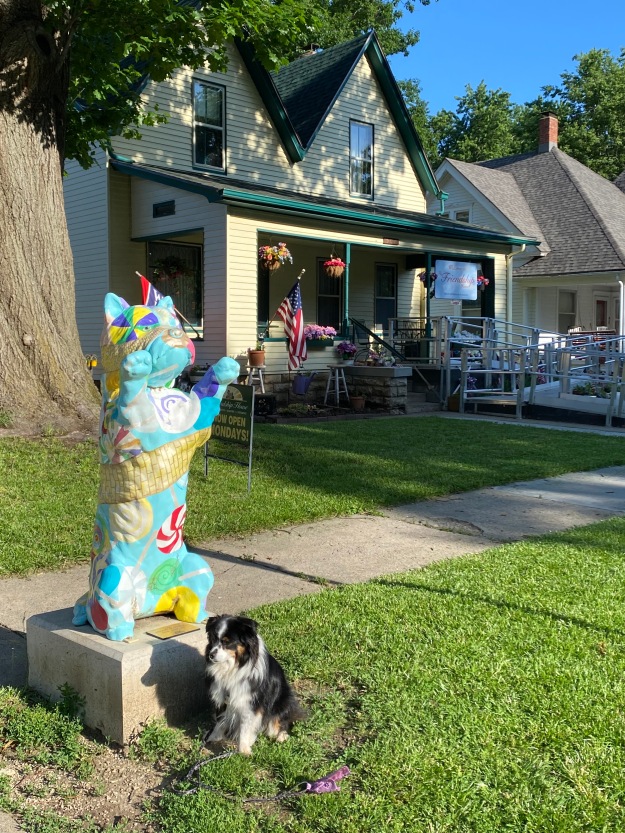 We aren’t done with our tour of Wamego.  It will be about:

Lions and Tigers and Bears OH MY

Herrington City Lake on a cold snowy day.  I saw a couple of eagles, but couldn’t get a good picture of them.

I liked the old bicycle by the door.

Drinkwater & Schriver Mill  This mill has been purchased and is currently being renovated. 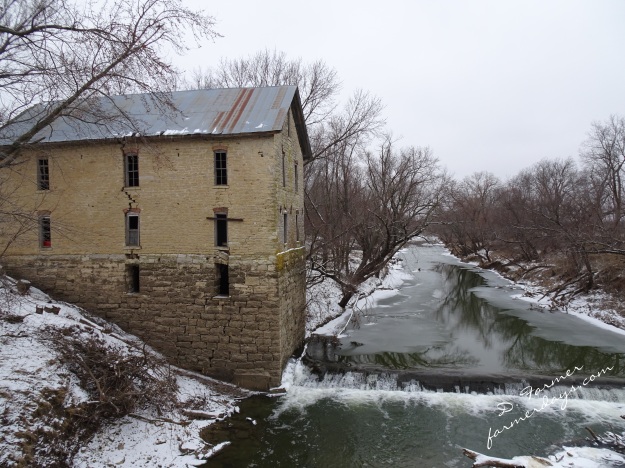 Another Lark Inn property in Cottonwood Falls. This is Fox Hollow, as with all their properties, a wonderful place to stay!!  Comfortable 2 bedroom cottage, within walking distance to downtown Cottonwood.  We ate at Ad Astra Food and Drink, and also at the Grand Central Hotel, so good!! 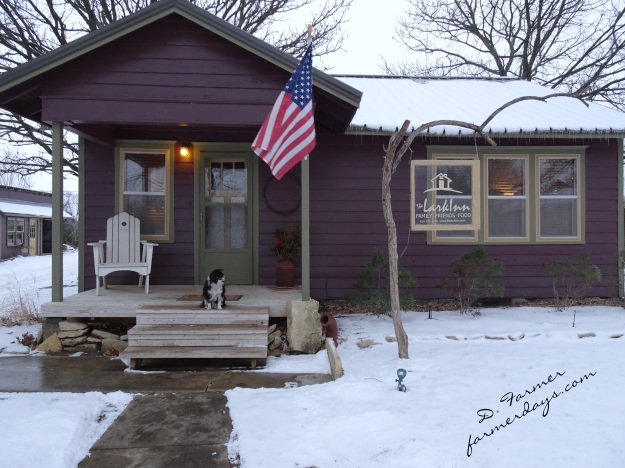 A trip to this area wouldn’t be complete without a stop at Tallgrass Prairie National Preserve.

Elk Falls, is located in Elk County, KS.  It is named after the falls that are located near the town on the Elk River.  Elk Falls claims to be the World’s Largest Living Ghost Town with a population of approximately 100,  and also the Outhouse Capital of the World.

I love this sign that directs you to the falls.

There is a well travel path that takes you from the bridge down to the river. 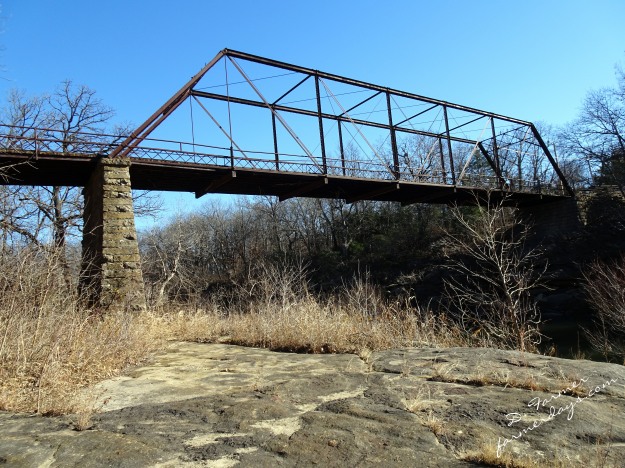 This outhouse says it all!  Friday and Saturday before Thanksgiving they give outhouse tours.

In 1972 the Buffalo River was declared a National River, one of the few remaining free-flowing, undammed river in the lower 48 states.  It originates at the highest part of the Boston Mountains of the Ozarks and flows 135 miles before joining the White River.  The National River is popular for camping, float trips, and fishing.  There are over 100 miles of hiking trails.  The best way to see the river are by the trails or a float trip.  I’m looking forward to a return trip to explore the river! 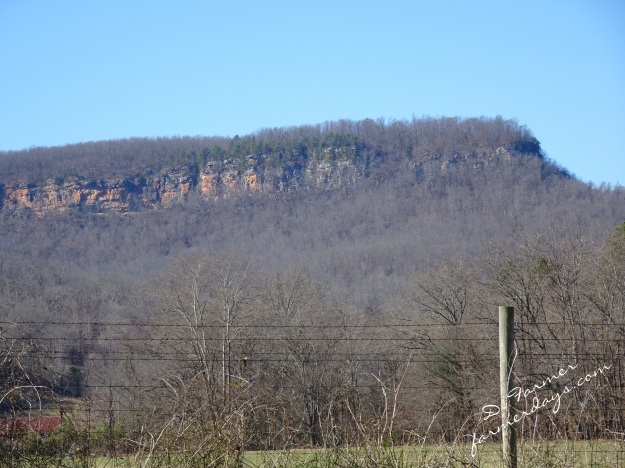 Rocky Mountain Elk were introduced to the region a few years ago.  The herd now numbers around 800. 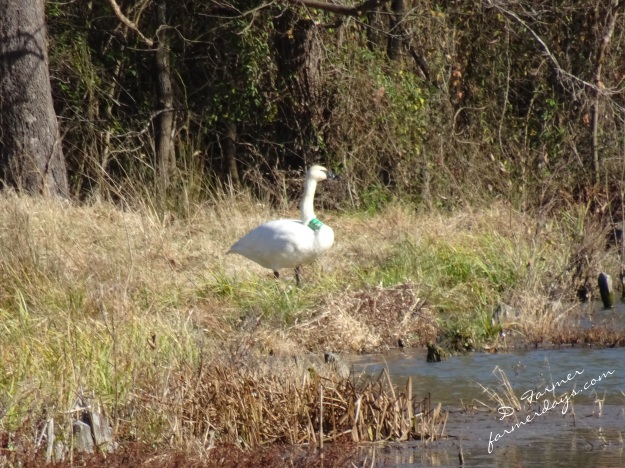 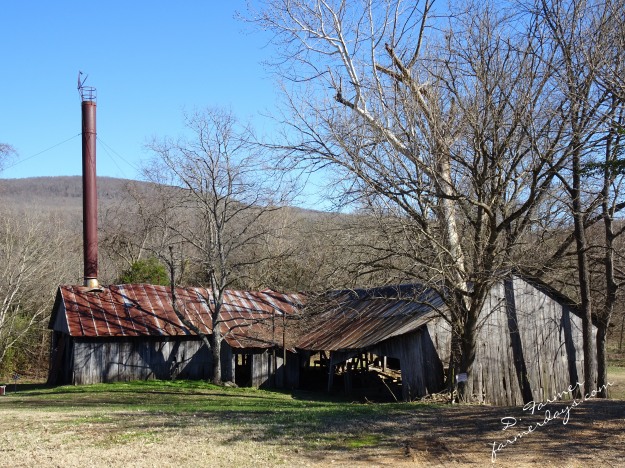 I went to El Dorado to visit my parents yesterday and instead driving the interstate, took the back roads. 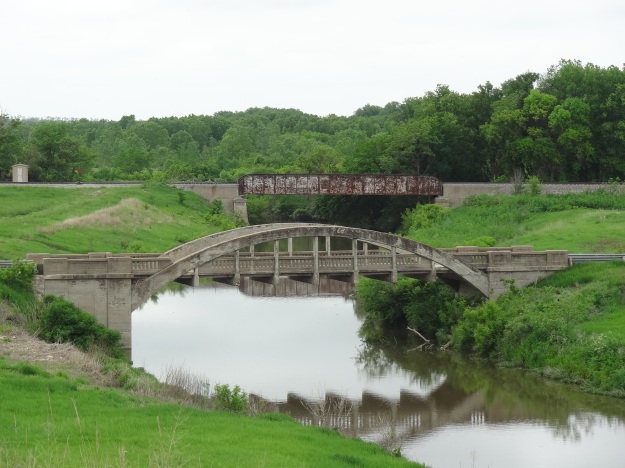 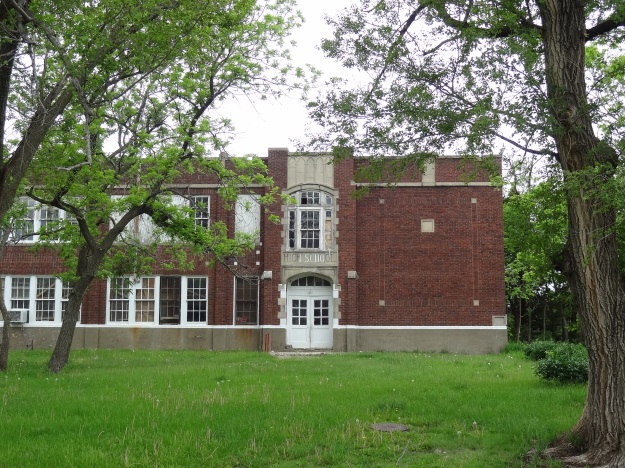 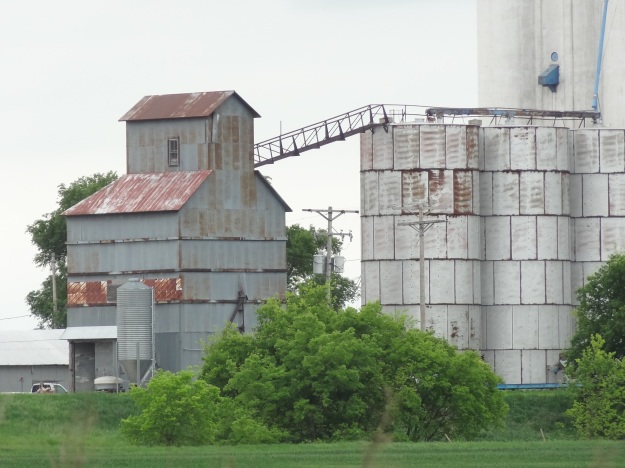 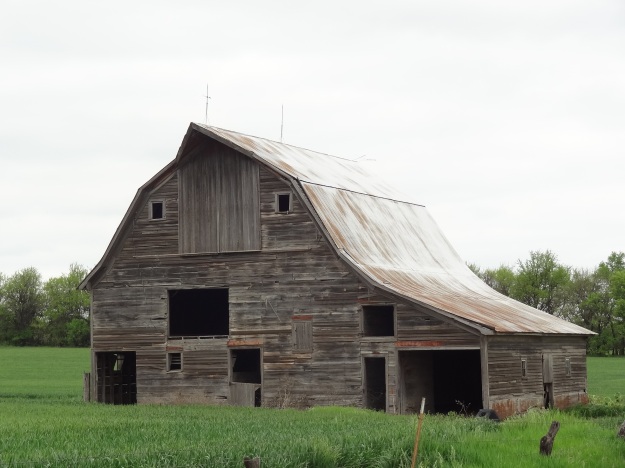 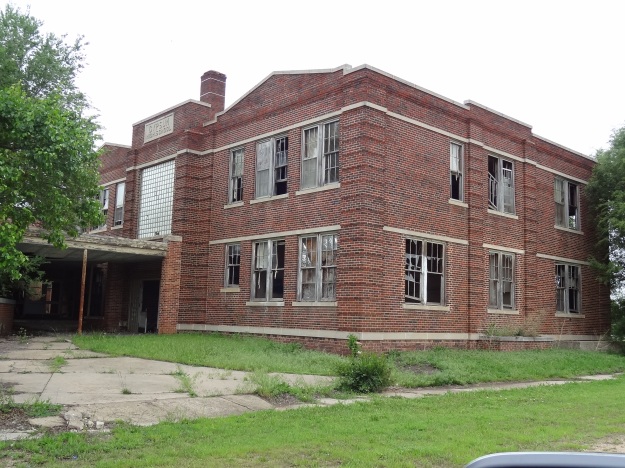 Kansas is such a beautiful and diversified state.  From the prairies and farmland to rolling hills and wooded areas, there is such beauty in our natural surroundings.  Wylie and I are taking trips around Kansas, we will be exploring areas off the beaten paths. 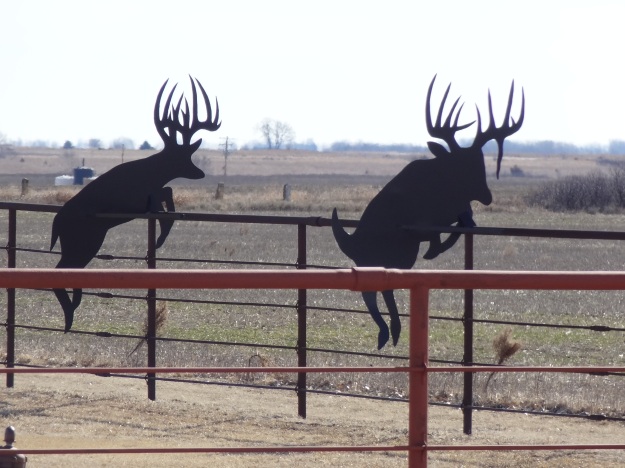 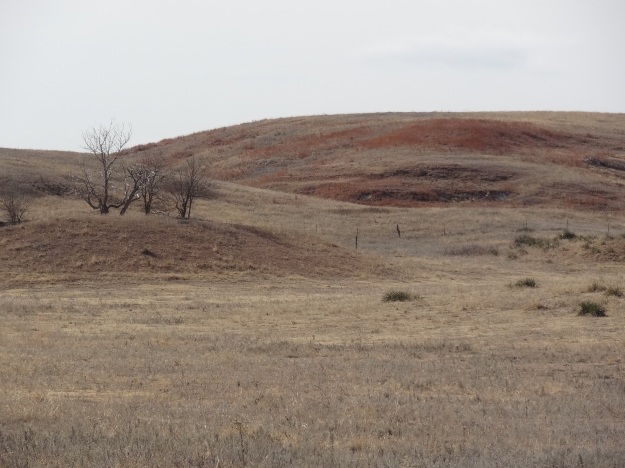 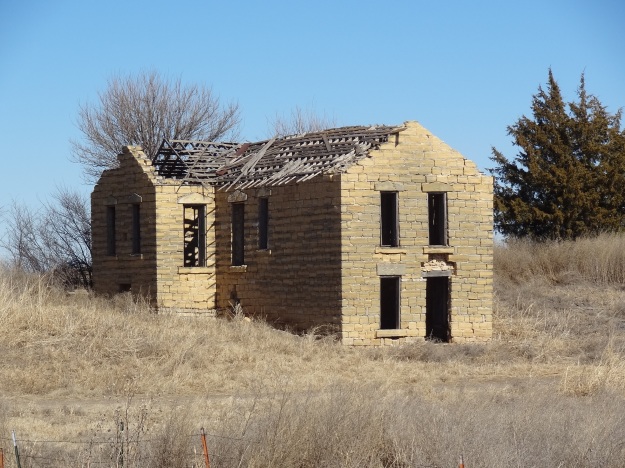